Brother Bob and I made the trip down to the Delaware shore for our Uncle Richard’s memorial service on June 29, 2010. Here are some videos from the service and of some of those who spoke at the event.  The sound is a little faint on these so you may have to crank your volume some to hear them properly. 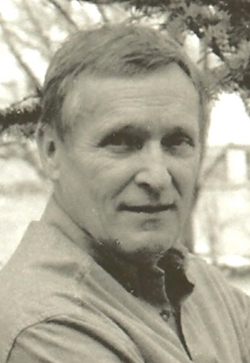 A 1944 graduate of Hudson High School, Morel also graduated from St. Michael’s Grammar School and was a U.S. Navy veteran of World War II having served in the Pacific theatre. He interrupted his college career at age 18 to join the Navy, after having been refused permission by his father to join when he was 17.

When he graduated from MIT in 1949, he received a degree in mechanical engineering, planning to get a job designing cars with General Motors or Ford. However, in the summer following graduation, a friend’s father got him a summer job working in New Jersey to install the first natural gas pipeline into the New York City area. Mr. Morel turned that summer job into a long career with Algonquin Gas Transmission Company climbing the ladder from summer construction worker to retirement as the Chairman, President and Chief Executive Officer. He was at the center of some of the most significant developments in the natural gas industry in the northeast region.

More recently, during these hard economic times, Richard Morel never missed a week of bringing cartons of food to his local food pantry in Mashpee. He would ask them what they needed, buy large quantities at BJ’s, and then deliver the food. He lived every minute of life to it’s fullest, he was a huge positive force to his family, friends, and community and he will be very missed.