Our Trip to Arlington National Cemetery for Mom’s Burial Service

This is a pictorial diary of the trip that Sam and I made down to Arlington National Cemetery for my Mom’s Burial Service. It was really a wonderful trip that started with a 15 hour drive down and a 7 hour drive back. (More on that later!) We met my brothers Mike and Bob, and nephew, Chris, down there. Special thanks to the Schwartz’s for hosting us and to the Morgans for inviting me to their family gathering. -Al Morel

You’re probably thinking: “No way that it takes 15 hours from Boston to DC and 7 for the trip back.” Way, if your car catches on fire on the way down and you hit every bottleneck on the east coast. This is Sam crashed at a Dunkin Doughnuts outside of Storrs, CT as we waited for our rental car. And who said that trips can’t be fun for the whole family?

The carwas a rental and it was making some weird sounds so I pulled off the highway and into a DD. Smoke and flames were coming from under the car. Special thanks to the CT State Police and the local fire department and, of course, our gracious hosts at DD.

While on the way to DC, I received the news that good friend, GeorgeChiasson, had just died of a heart attack while at work. I was able to getback home for the wake an funeral but these types of deaths are hard to wrapyour brain around. George was such a great guy and with all the tools in theworld, why George? All I can think of is the Lord must have needed a ‘rockstar’ percussionist! 😉 Special thanks to his wife, Pam, for letting me produce the program for the service. It was a great honor. Download George’s program in PDF format.

This is a picture of Kathleen, Anita, and Theresa McEwen, the redheads fromthe McEwen clan that I call TYYS. (This picture was from Dad’s service atArlington back in 2000.)

Kathleen was not able to make the trip but we were able to catch up with Anita, Theresa and their families while we were in the area.

Mom was buried at Arlington National with dad and she will have an inscription on the back of Dad’s stone.

It’s so amazing to be at this historic cemetery. (The former homestead of Gen. Robert E. Lee) As far as the eye can see there are gravestones representing lifetimes of service and very often, the ultimate sacrifice.

While there, we went with friends of Bob’s to see the stone from one oftheir brothers, who was killed in 1967, fresh out of Notre Dame. It was only2 weeks after his son was born. He knew of his son’s birth but had not even seen a picture of him.

You walk among many, many stones that have the inscriptions for bronze and silver stars. The day we were there, there were about 30 funerals in progress.

After Mom’s ceremony, Sam and I went over the Potomac to see some of the sights and, in particular the WWII Memorial, which I had never seen. This is Sam at the monument for vets from Washington, DC. 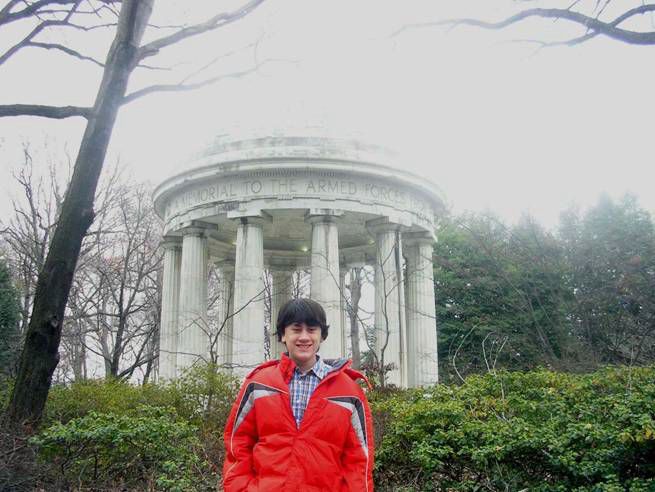 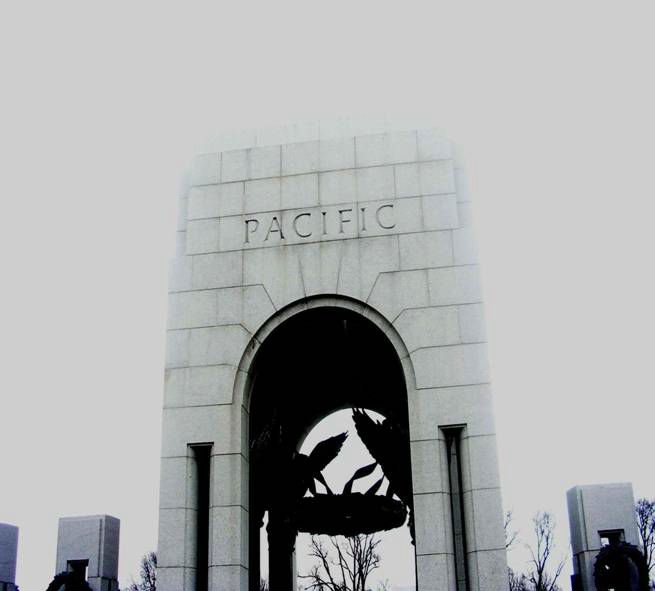 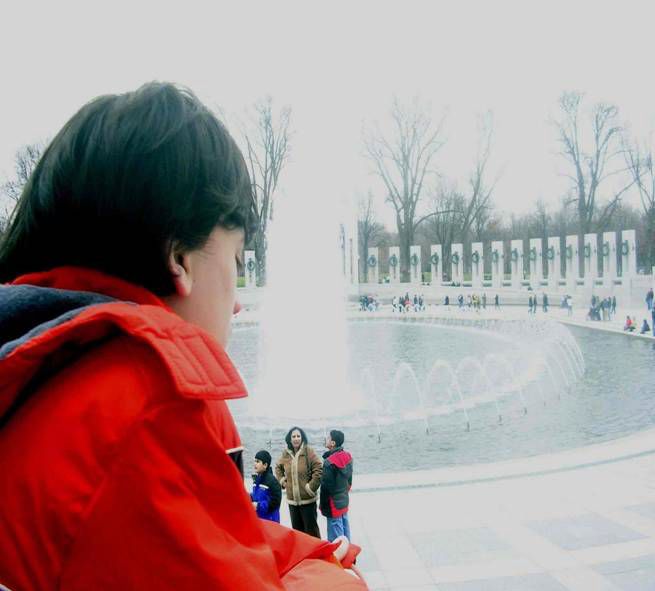 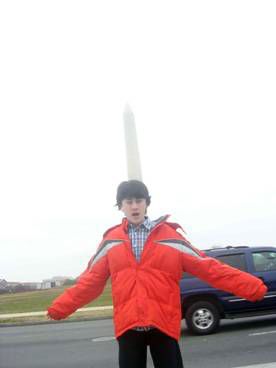 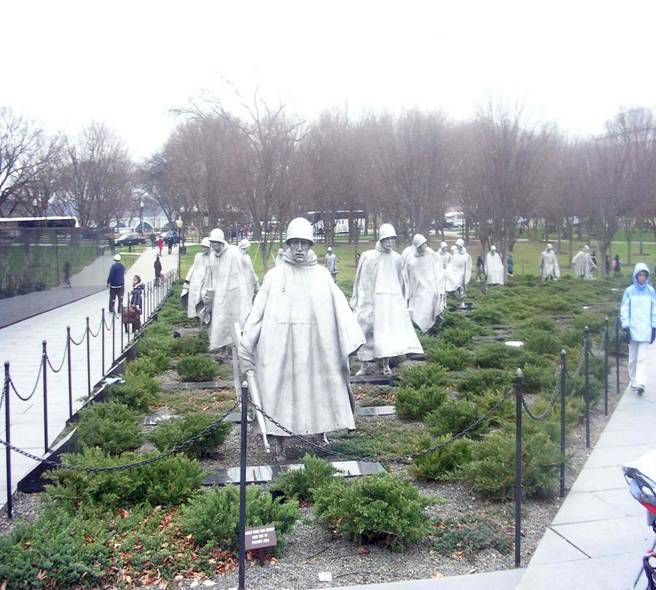 The night of mom’s service, we went out to Kensington, MD to spend the nigh twith the families of the Ya-Ya’s.

The next morning, I had breakfast with long time friend from high school, Joe Bamba. Joe and I have been able to stay in touch over the years.

Here is a picture of the varsity basketball team at George Dewey High School in the Philippines. Al #13(back right) Joe #12(front middle) 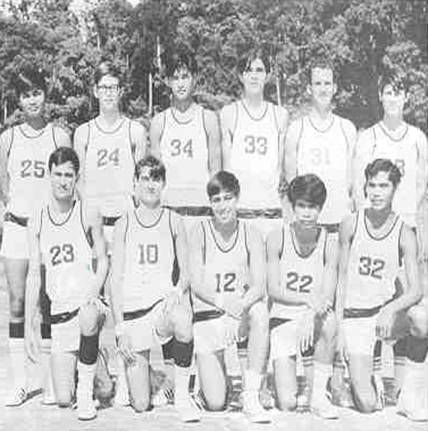 After breakfast with Joe, it was on to St. Leonard on the Maryland easternshore to have a belated Christmas meal with the Morgans. On the way, Istopped at the HS that I graduated from, named after Mary Surrats,conspirator of John Wilkes Booth, who killed Lincoln. Can’t we find a better role model? 😉 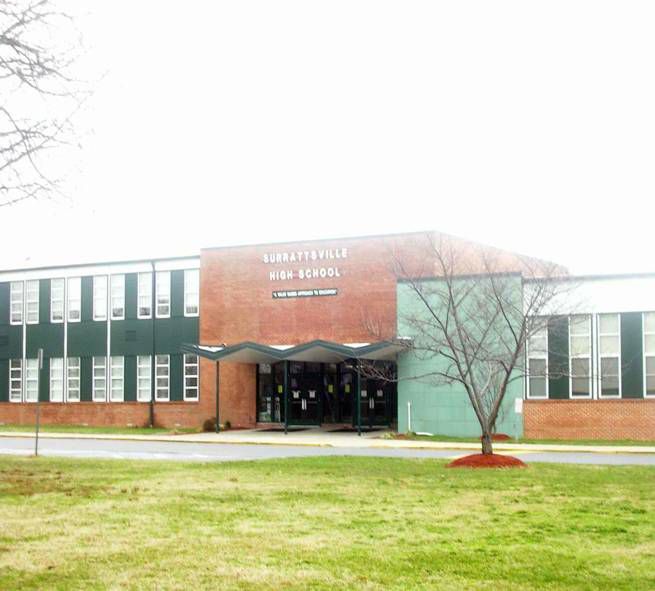 Myfather’s last duty station was this small communications station right nextto Andrews Air Force Base. This is the main entrance. (The guard at the gate, Tony, is a biology teacher at DC High Schools.) 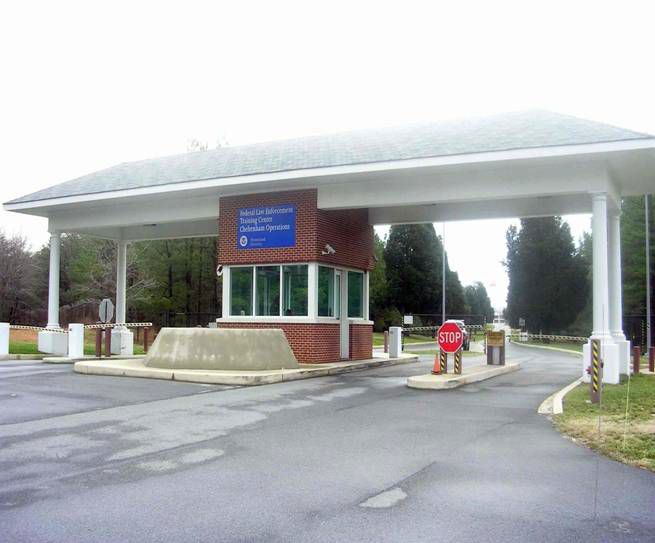 This is the road going to the main entrance. It is now a training area for police and they don’t allow visitors. 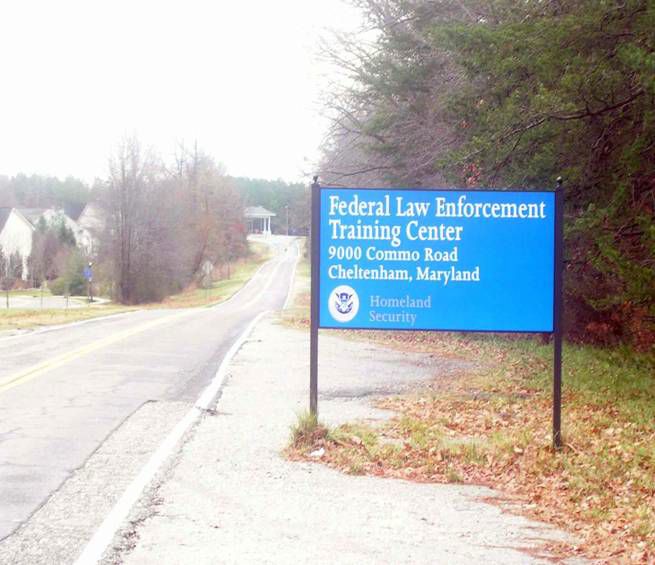 Onmy way down the eastern shore, I came upon the home of Dr. Mudd. 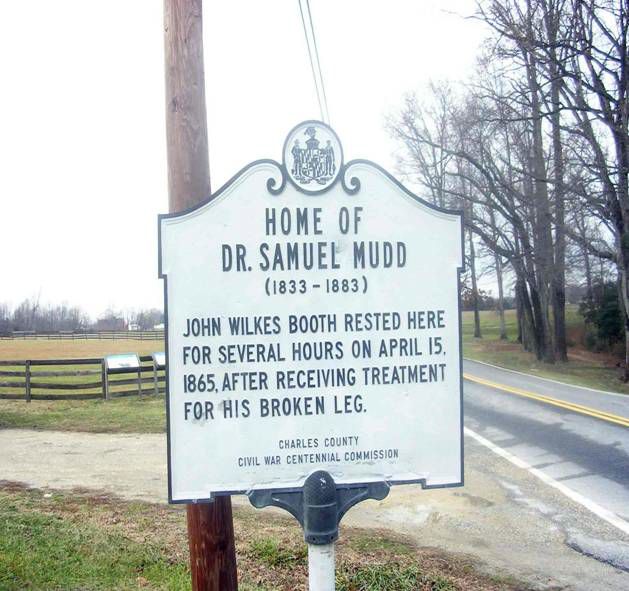 The Mudd House 2: Origin of the phrase “Your name isMud”

This is his home but it was closed for the season. Once, when Tim was aninfant, we were driving down the shore on our way, bushwhacking to Florida. Tim had one of those ‘exploding diapers’ and we pulled off the road for airand a quick change. In the area that we pulled off was a hidden historical sign that marked the spot where John Wilkes Booth was shot and killed! 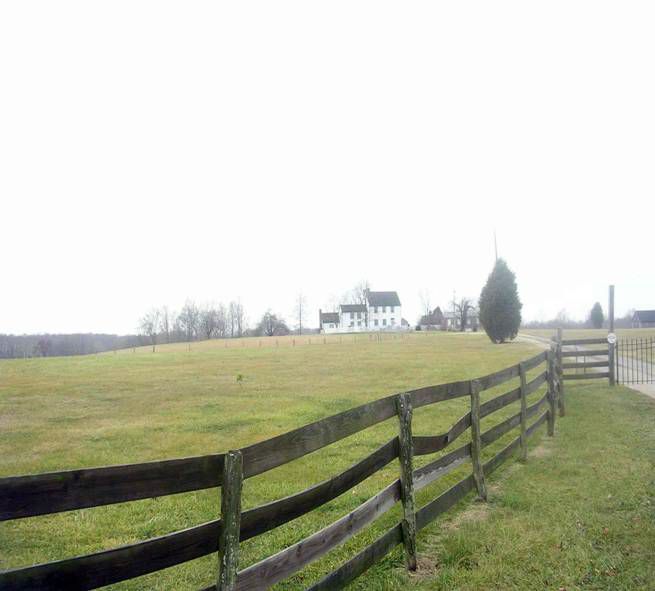 When we lived on Cheltenham, I became friends with another Navy family, the Morgans.

Joan, Kelly, me, Kim and Dick. While visiting, I got to have a family dinnerand meet many of the kids and grandkids. Thanks for your love and hospitality! 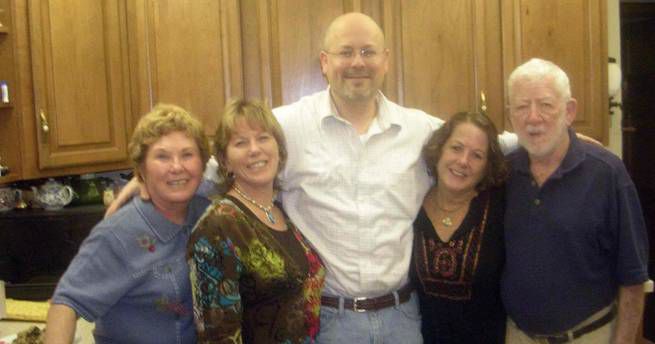 Football with the boys

After dinner with the Morgan Clan, I booked back to Kensington to watch thePats make history with Sam, Cousin Tom, and Uncle Leo. Tom is one of Sam’sbest friends and has an encyclopedic knowledge of football. How many 12 yearolds know who the third string running back for the Rams is? Tom does! At the time of this writing and since the Red Sox were down to the Indians1-3 in the ALCS, Boston teams (Celts, Pats, and Red Sox) are a combined45-3. Good time to be on the Boston bandwagon. 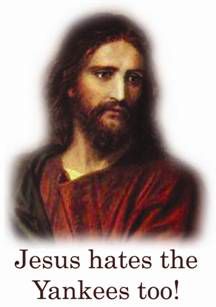 After the game, we slept for a few hours and left at 2:30 AM for Boston. Wegot back in record time,only 7 hours. I was too busy hauling ass andwrenching at the Vince Lombardi rest stop on the Jersey Turnpike. (Truely one of the most depressing places on the planet!) to take any pics but here’s a special tribute to the Yankees. 😉

Thanks to all who loved us and helped us through this difficult but wonderful time! -Al